The Herjolfsnes (Ikigaat) finding Museum No. D10624, or Nørlunds No. 99, consists of four pieces of a braided wool cord. I had a lovely afternoon reading up on it and making one, and here is the result. 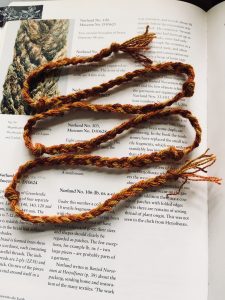 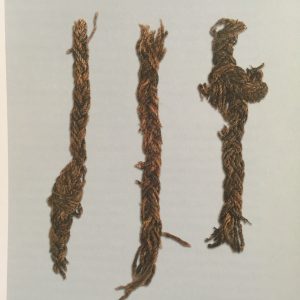 It is described by Østergård as representing a utilitarian object that was probably widespread and common, and it was found near D10588 (Nørlund No. 52). Østergård states that “…Both (braided cords, D10624 and D10622) were undoubtedly used as belts around the waist to hold together loose-hanging garments such as D5674, D10594 and D10595.” Although few of the Ikigaat findings are carbon dated the garment D10594, as Østergård mentions, is a wide garment with buttons that is carbon dated to 1305-1375. 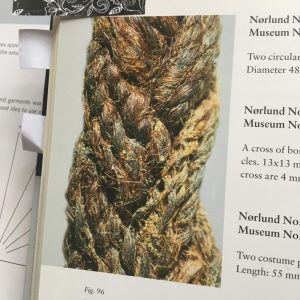 One factor might be that other belts are scarce in the Ikigaat material. From both the light of historical illustrations and a practical context you’d need a belt to do manual labor in clothing cut to this fashion. The two buckles found (in Sandnæs and Umiiviarsuk) were carved in walrus tusk and at Nipaatsoq a brass buckle was found with a piece of leather that might have been a belt. In “Klær og formspråk i norsk middelalder” by Marianne Vedeler she describes “a now green/blue braided cord is found under the garments right armhole. It is about 0,4 cm wide and about 9 cm long, braided from four threads. It continues in one end.” -found in Uvdal C. 34866/2851 Grav 33. (Vedeler, Page 128. my rough translation.)

The second question coming to mind was – how long was the original? The combined pieces of 44,5 cm wouldn’t make much of a belt for an adult. With only a few illustrations as reference and no one really matching time/area I decides to go with 160 cm more or less because that is the minimum a belt of mine must be. The braided Skjoldehamn belt might perhaps serve as a piece of the puzzle, but it is both dated much earlier and the discussion is still on as far as the Sami and/or Norse origin is concerned. Next try I’ll use the Skjoldehamn belt as a reference for length if I can’t find anything more relevant, and if I actually manage to find a description specifying the whole length of the thing! I probably just haven’t searched in the right places, but judging the museum replicas the belt was pretty long.

As a sidenote I visited the exhibition “Na, maid dal? – Samisk kulturarv på vei hjem” at Alta Museum last year, and got to get a look at a beautiful kofte (kirtle), bought in Øksfjord 1910, and the pattern construction could have been taken straight out of the Herjolfsnes-findings. Especially the “A-lined” side gores, length and sleeve construction. I’m not going to go more into it now, but my guesstimate is that next to cultural exchange, pattern construction techniques(and sewing techniques)  that makes sense when working with fur has had a big influence on both textile traditions. 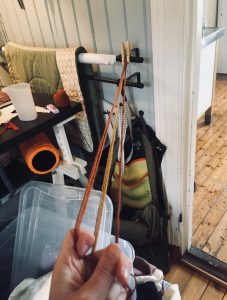 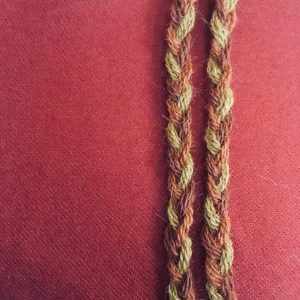 Thank you for reading and let me know if you have any thoughts!